Chapter #38 of the International Association of Arson Investigators
As at January 1, 2010

Alberta received its Charter from the IAAI on April 2, 1981.

In the fall of 1980, the inaugural meeting to establish the Alberta Chapter was held in the AMA auditorium in Edmonton, Alberta. The individuals at this meeting applied to the International Association of Arson Investigations (“IAAI”) for a Charter.

On July 23, 1990, the Alberta Chapter was incorporated under The Societies Act as the “Fire Investigation Association of Alberta.” The founding members were Randolph Langley, Richard Hawkins, Keith Bett, David Gustavson, Mike Johnston, and Pamela Loy (Graham). 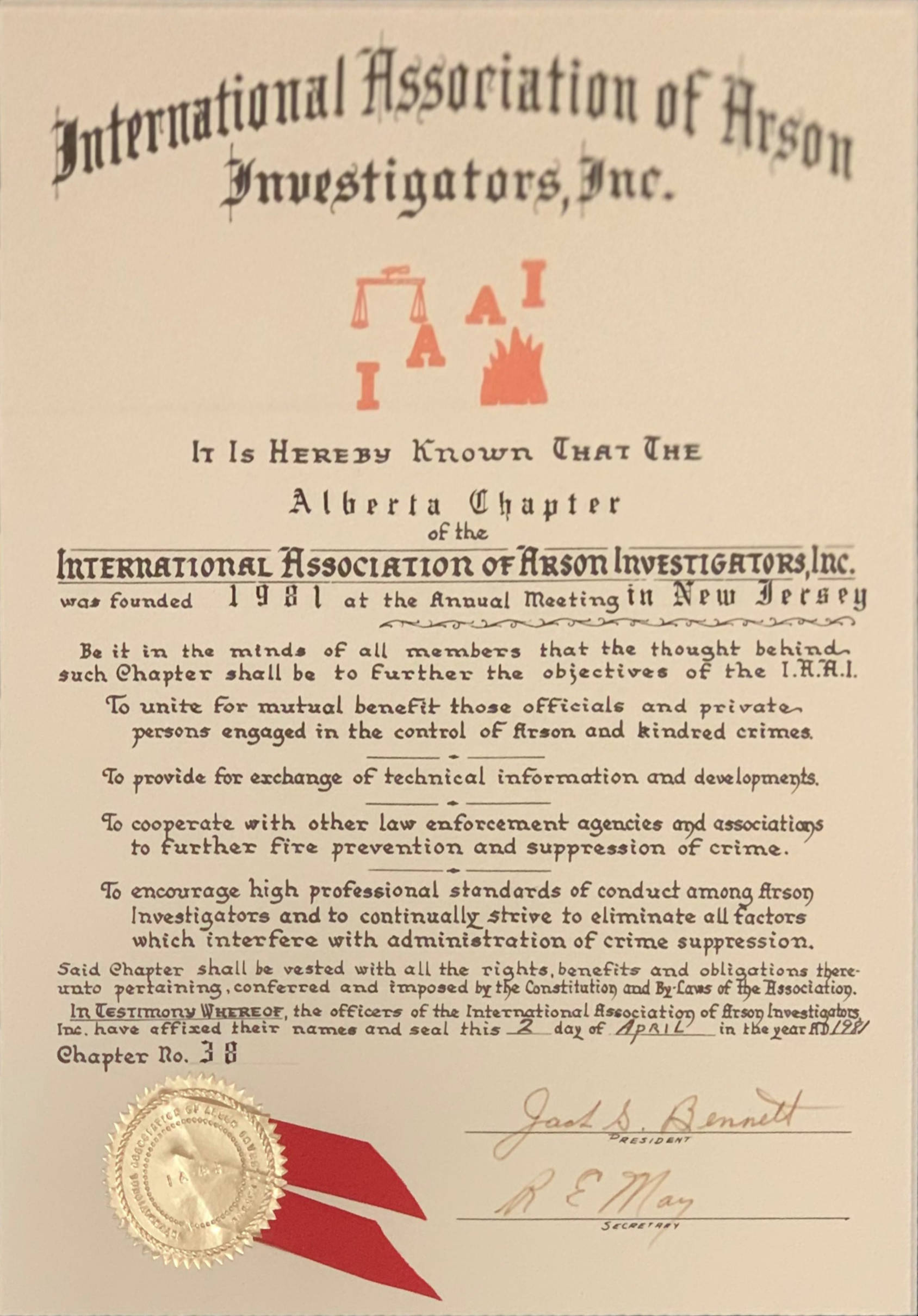 Our membership draws from
private and public fire investigators.

For a full list of upcoming seminars,
browse our course calendar.

Stay up-to-date with all the latest
FIAA news and course postings.